From 2007 to 2009, the Christian Liebig Foundation and the Deutsche Welthungerhilfe e.V. in Bonn cooperated in Mozambique, Africa.

For five years, the Christian Liebig Foundation supported the millennium village of Mabote in Mozambique and used donations to finance local education projects. Both organisations had set themselves the goal of jointly implementing measures to achieve the Millennium Goals, which were decided upon by the UN General Assembly in September 2000, in the African village.

In a network of villages, poverty and hunger of about 1000 inhabitants were reduced, a general primary school education was achieved, the child and AIDS mortality rate was lowered, the ecological sustainability (clean drinking water and agriculture) was ensured and gender equality and maternal health were promoted.

The heads of state of around 189 countries, including Germany, have committed themselves to the eight Millennium Development Goals, which are to be achieved by 2015. The goals are to reduce poverty, hunger, the burden of disease, illiteracy, environmental pollution and gender discrimination.

The millennium village of Mabote, consisting of the villages of Mangalaze, Chitalahimbhera and Banamana in southern Mozambique, is one of 15 villages or regions worldwide that have been selected as millennium villages. Their example is intended to show that it is possible to achieve lasting improvements in the living conditions of people in need. The district of Mabote suffers repeatedly from periods of drought and resulting poverty, and there is a lack of health facilities and schools.

Support of the RTL donation marathon 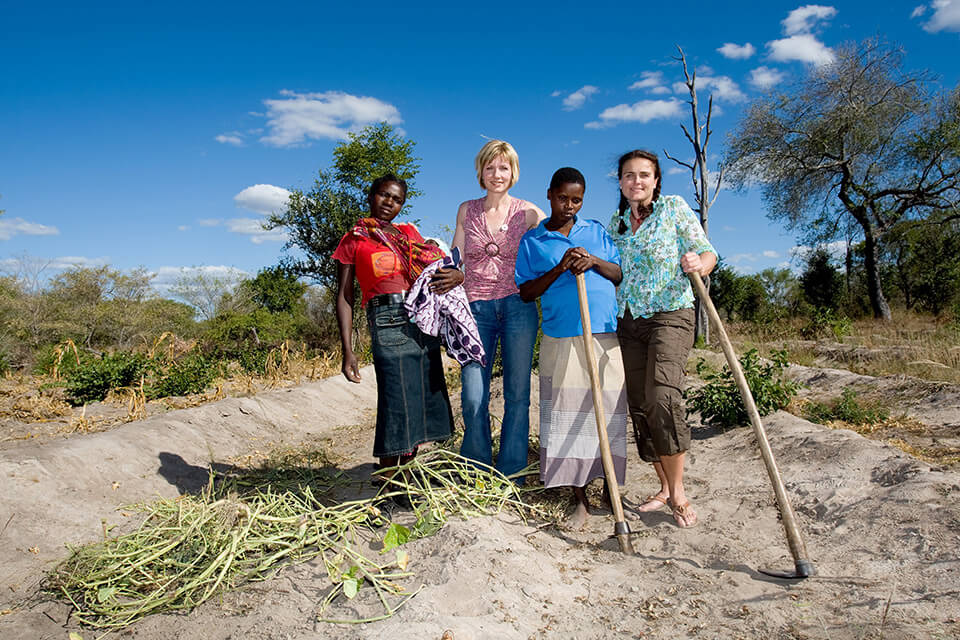 Ilka Eßmüller and Beatrice from Keyserlingk get a picture of the situation on site.

After 2006, CLS 2008 has again managed to be represented at the RTL donation marathon 2008 thanks to its convincing work. Beatrice Gräfin von Keyserlingk (Chairwoman of CLF), together with RTL night journal presenter and CLS project sponsor Ilka Eßmüller, visited Mozambique, a South-East African country, to demonstrate to RTL viewers the need for donations. RTL used the funds from the telethon to support CLF’s project with Welthungerhilfe.

Educational courses are held on how to protect against malaria and the HIV virus so that people know about the dangers and infections and learn how to protect themselves effectively. In addition, the donations were used to build sufficient wells and cisterns in the villages so that each of the 1000 inhabitants has direct access to clean drinking water.

Mozambique – a country of extreme poverty

Mozambique is one of the poorest countries in Africa. According to the government, although the number of people living in absolute poverty fell from 69 percent to 54 percent, this calculation sets the limit for absolute poverty at $0.40 per day, while the internationally set limit is one dollar per day. One of the country’s biggest problems is the rising HIV/AIDS rate, with over 16 percent of the population already infected with the deadly disease.

For more than 16 years Mozambique was at war. When the country finally came to rest in 1992, the economic upswing began hesitantly. With the devastating consequences of the floods in 2000 and 2001, another setback followed. Although 80 percent of the population works in agriculture, this sector accounts for only 13 percent of the gross national product. In most cases, people live from what they earn for their own needs on their small areas of arable land. A high unemployment rate is causing social explosions throughout the country and a rise in violent crime in the cities. 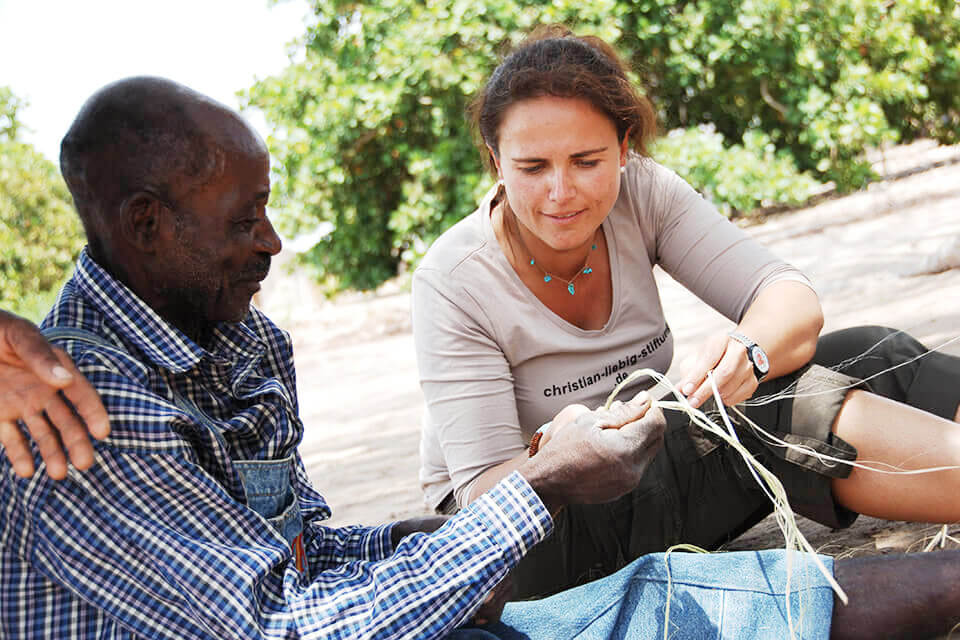 A better future for the people of Mabote 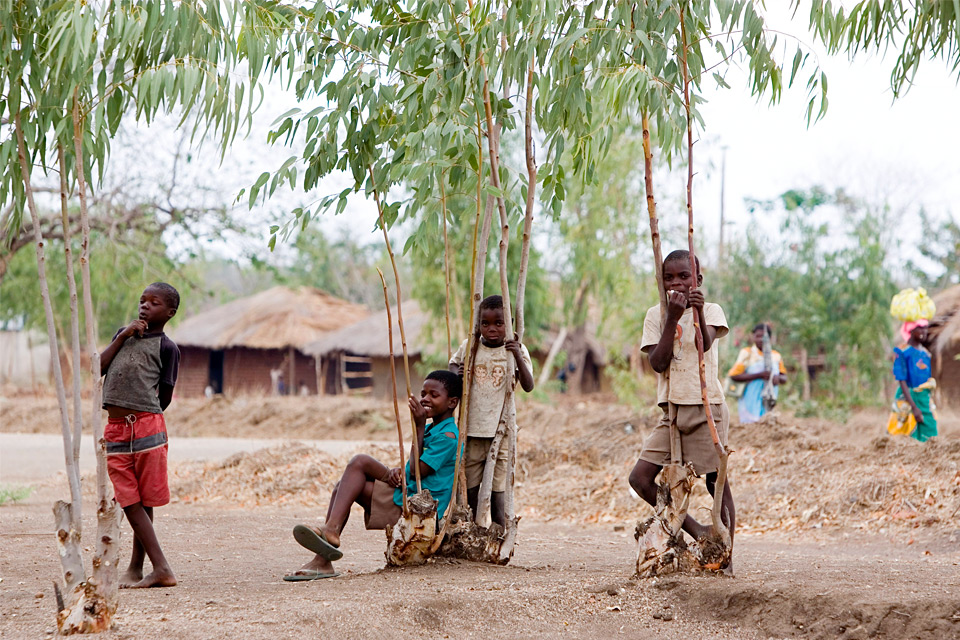 There are three villages in the Mabote district where the living conditions of the people are to be improved. Banamana, Chitalahimbhera and Mangalaze are located in the interior of the district. Around 1,000 people live here, making their living from the profits of the family farm.

The conditions for the cultivation of maize, sorghum, peanuts and vegetables are extremely poor: droughts occur repeatedly, the soil is sandy and not very fertile. In many places the groundwater contains salt. Even in good years, not enough is harvested to survive periods of drought.

By helping people to help themselves, the Christian Liebig Foundation and German Agro Action have encouraged the villagers to bring about changes in their village. Education is a basic prerequisite for this. Not only for children attending their new schools in Mabote, but also for men and women who have the opportunity to learn to read and write for the first time in literacy courses. In addition, they learn in training courses on agriculture, health, nutrition and hygiene how they can better organize many areas of their everyday lives in the future.

A primary goal is to enable families to increase their income. The first steps along this path include improved animal husbandry and more efficient agricultural cultivation in order to achieve surpluses and market them at a later stage. Strengthening the self-help structures of the population, for example in committees, is crucial for positive development in the village.

Elementary education for everyone

At the beginning of 2006, only slightly more than half of all children in Mabote were attending primary school. For many children the way to school was like a real trip, sometimes the boys and girls were on the road for two to three hours in the morning and afternoon. In Banamana and Mangalaze, Welthungerhilfe, together with the local partner organisation KULIMA, has already built and equipped two urgently needed schools with two classrooms each.

Currently 250 children are enrolled in these schools. The pupils have grown vegetables and fields, and extracurricular activities ranging from football tournaments to arts and crafts lessons complete the programme in the villages. The distribution of didactic material and regular training of the teachers help to keep the quality of the lessons permanently at a high level. 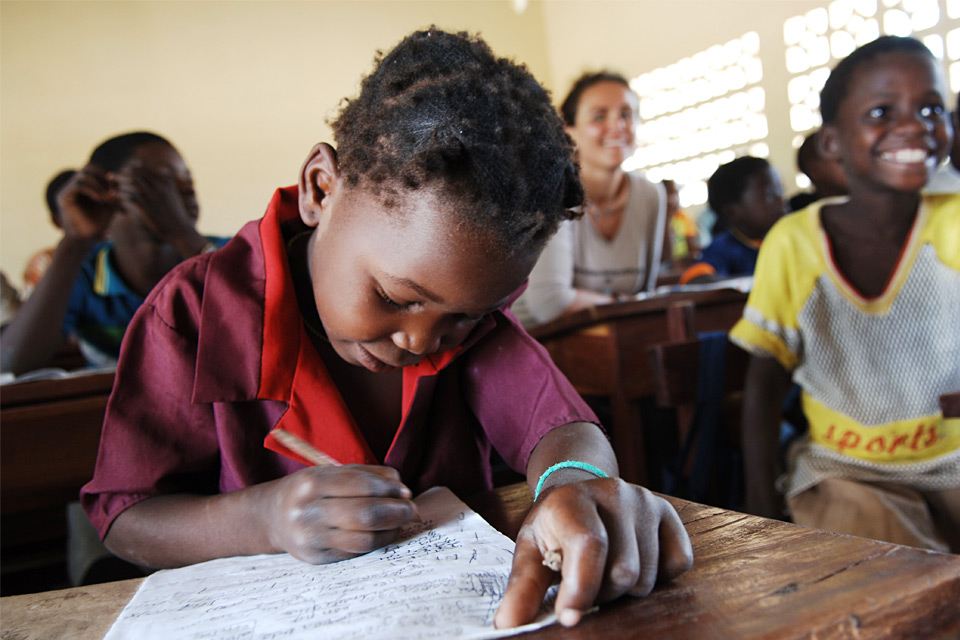 A third school has been built with the help of CLF in Chitalahimbhera. From January 2009, lessons for 68 children were held in the newly built classrooms for the first time. A well next to the school will soon provide the children with clean drinking water and new latrines will guarantee good hygienic conditions.

Since it is extremely difficult to find teachers for the schools in the remote villages, new residential buildings are to provide an incentive. Especially for girls, the possibility of attending school is not a matter of course. Parents still do not consider this important and prefer to let their daughters help in the household or in the fields. Around 80 percent of the women in the village community are illiterate. If there is soon a meal at school, parents find it easier to send their children there. Literacy courses for adults also contribute to a better educational situation in the village, as parents are sensitized to the importance of school education. 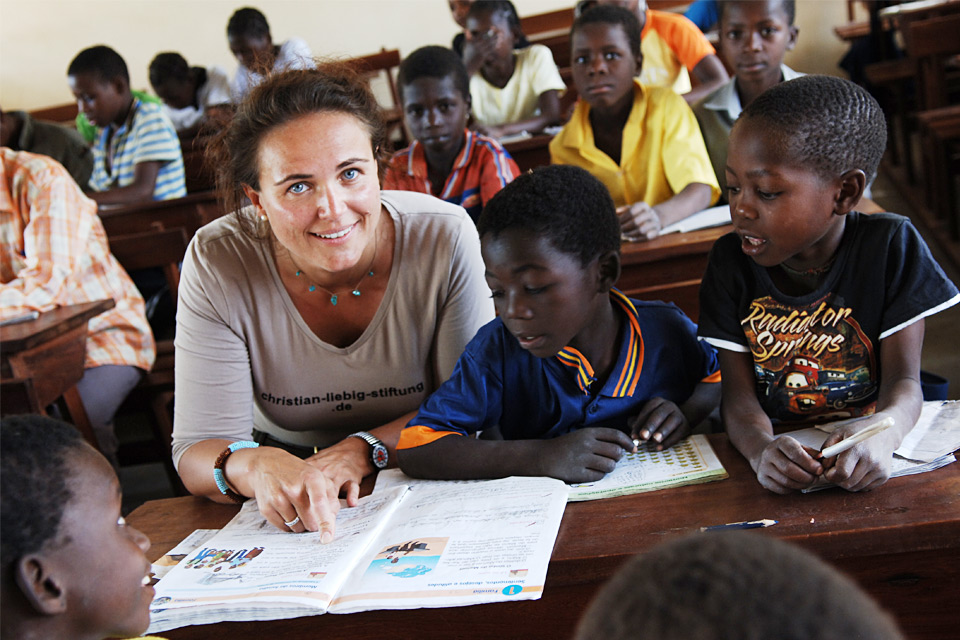 Hardly any of the inhabitants of Banamana, Chitalahimbhera or Mangalaze have ever left their village. They lack comparisons as to how their daily life could be much better organised in many areas. For this reason, a model house was built in Mabote, the larger village some 20 kilometres away. Here, four women with their children each have the opportunity to spend a week learning important things about child nutrition, health, growing vegetables, making energy-saving stoves, and the sense and use of latrines, mosquito nets and water filters. Over the course of a year, around 50 families with children under five will be trained in this way.

For example, mothers learn that simply feeding their babies with water and cornmeal after breastfeeding is not enough and that mosquito bites can cause dangerous diseases. The weight and height of the children are checked regularly. But also topics such as HIV/Aids or family planning are on the agenda and are discussed intensively during lectures. Many girls marry at the age of 12 or 13.

In order to ensure that what has been learnt remains valid and is carried into the community, the women of the respective village meet once a week to exchange their experiences and discuss open questions under the guidance of a social worker. It will take one year until all women have visited the model house. At the end of the year, committed families who have participated in the training and put what they have learned into practice will receive three goats. From their first offspring, the families then return one goat to the community.

According to official figures, over 1.5 million people in Mozambique live with HIV/AIDS, and another 500 people are infected with the disease every day. There are no exact figures on how many women and men in Mabote are affected. The subject is still a taboo. However, the consequences of the rapid spread of the disease cannot be ignored, more and more children are becoming orphans. Most inhabitants lack knowledge about the dangers and causes of HIV/AIDS. In special training courses, women and men are to be trained as AIDS counsellors, who will sensitively talk to the villagers and inform them about how they can protect themselves against the dangerous infection. Awareness campaigns help to reduce the number of infections. They also help those affected to recognise their clinical picture and seek advice. 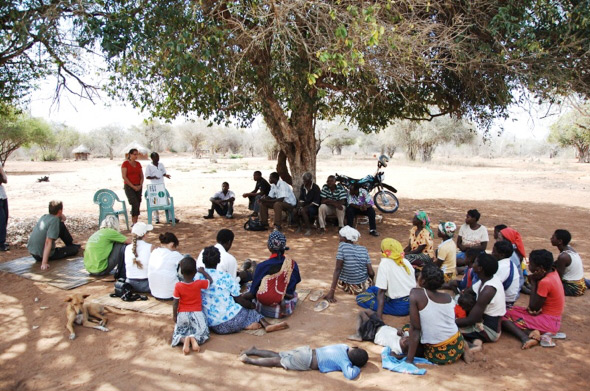 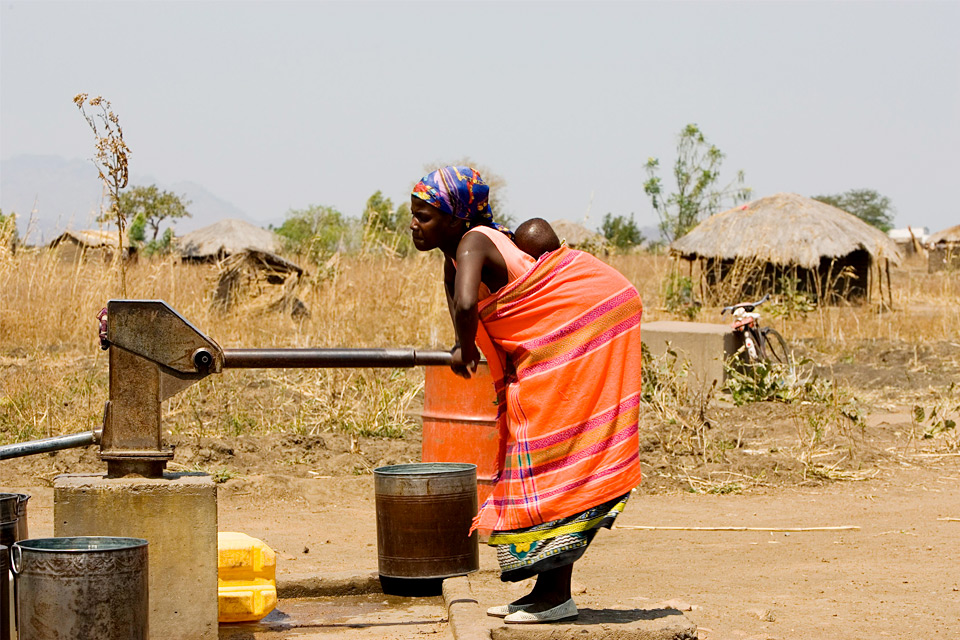 Finally clean water for everyone.

In May 2009, the wells built so far in Mangalaze and Banamana were handed over to the communities and the district authority for public buildings. Thus, the inhabitants of the first two villages now have access to clean drinking water.