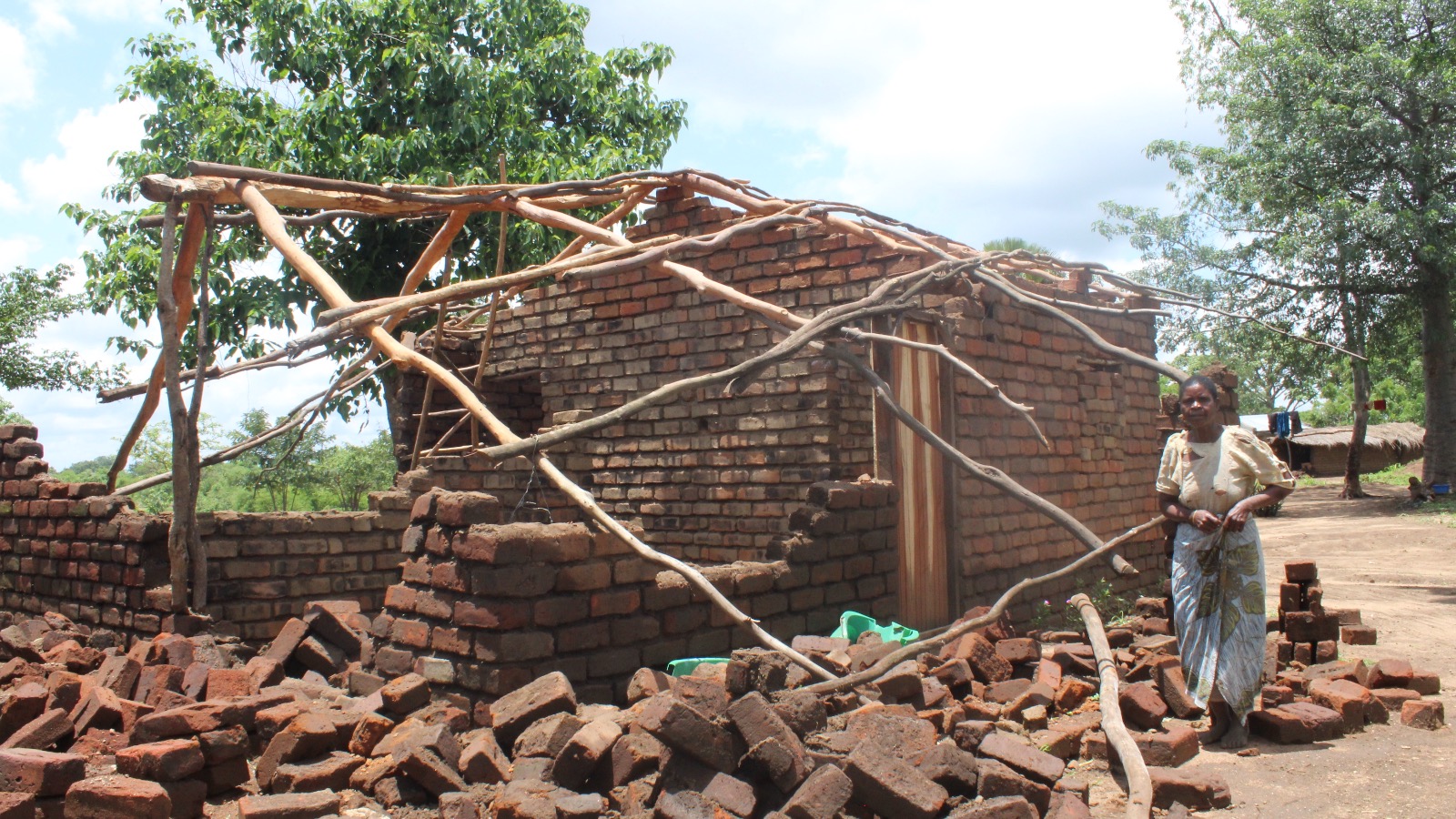 Trail of devastation in southern Malawi

Malawi is literally drowning after the devastating Tropical Storm Ana caused heavy flooding. The country has declared a national State of Disaster over many districts, particularly in the south of the country, that were hit by the cyclone during the week of Jan. 24, 2022. An atmospheric depression had initially formed off the east coast of Madagascar and then descended on parts of East Africa with torrential rains.

According to official estimates, 50,000 families have been seriously affected, and at least 19 people have been killed. Other sources speak of far more than 200,000 people who are now in need. 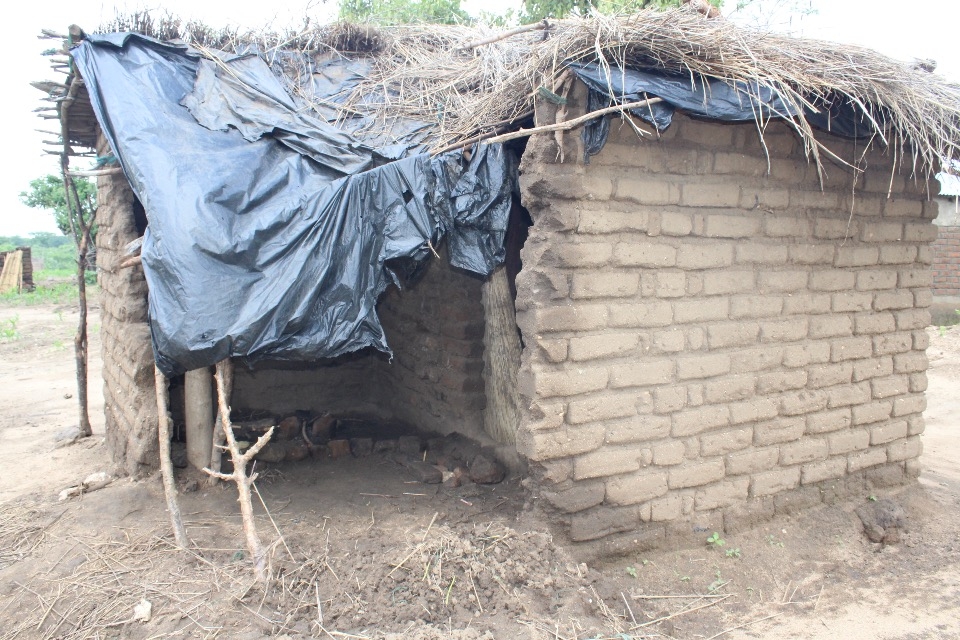 Trail of devastation: Cyclone Ana destroyed the homes of at least 50,000 families

Especially the south of the country is suffering from the aftermath: The deforested areas in the lowlands were unable to withstand the massive amounts of water flowing down from the mountains. Villages and fields turned into lakescapes, roads flooded, bridges washed away, and houses literally burst from the masses of water. As early as Monday night, large parts of the country were plunged into darkness as the utility company had to temporarily shut down its power generators in the face of the floods.

According to official estimates, 50,000 families have been seriously affected, and at least 19 people have been killed. Other sources speak of far more than 200,000 people who are now in need.

Everything is lacking – food, clothing, shelter 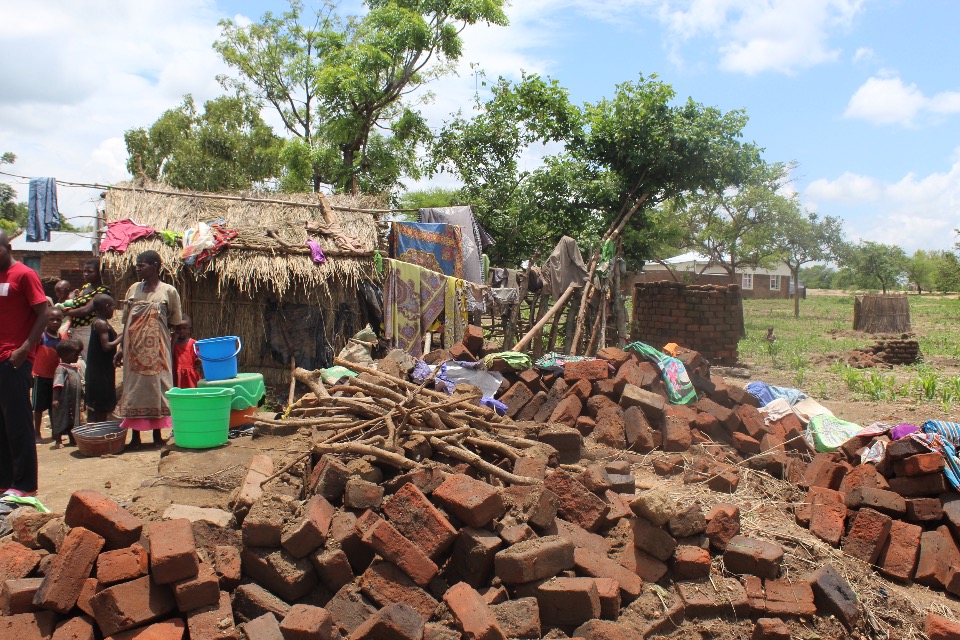 Straw house as emergency shelter – until the next rain comes.

Malawi’s President Lazarus Chakwera called for emergency aid for his country. The government has mobilized soldiers and police officers and assigned the Malawi Red Cross with search and rescue operations.

Although the supply of aid has already begun in some cases, further support is urgently needed in order to provide for the growing number of people affected. More rainfall is forecast for the current week, meaning that the situation could worsen.

Many families lost everything

The Christian Liebig Foundation wants to help and focus on families in communities around the city of Blantyre as most of the schools of our organization are located in this area. Many fled to the surrounding school buildings and were able to find emergency accommodation there for the time being.

Janet Kasambala-Philipps, our local representative, sent us shocking pictures of the destruction just a few days after the storm. The stories are shocking: The small house of a young couple – completely destroyed.

A recently completed house of a family – only a few walls remain, the roof is completely gone. A family of six was buried under the collapsing tiles.

All of the families Janet met in person were lucky enough to survive –  except for a few injuries that will heal.

However, the future looks bleak: Most cannot afford to rebuild their homes. Damaged buildings have only been provisionally reinforced and some have built a straw hut that provides shelter for the time being. They all pray that their houses will withstand the next rains.

An affected family told our foundation’s board member Ute Woratsch via WhatsApp, “We will have a hard time getting back on our feet as most of us are dependent on agriculture and our crops have literally been washed away. The government will not be able to help us.”

“So far, little official aid has arrived, most of it by air, not reaching the wider population,” says teacher Graciam Katuma, who lives in the countryside near Blantyre. She continues, “It rained continuously for 24 hours. In my neighborhood, two children, ages 3 and 6, were swept away by the flood waters. It was horrific.” 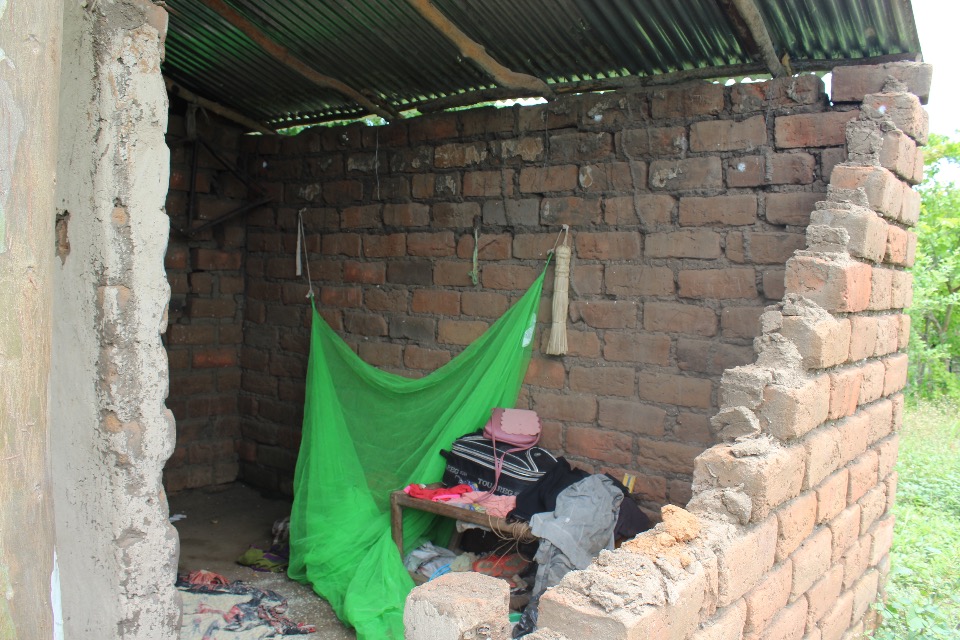 In Malawi, people normally cook with firewood – after the storm, this was not possible for days.

Relief for at least 20 families: Thanks to your help! 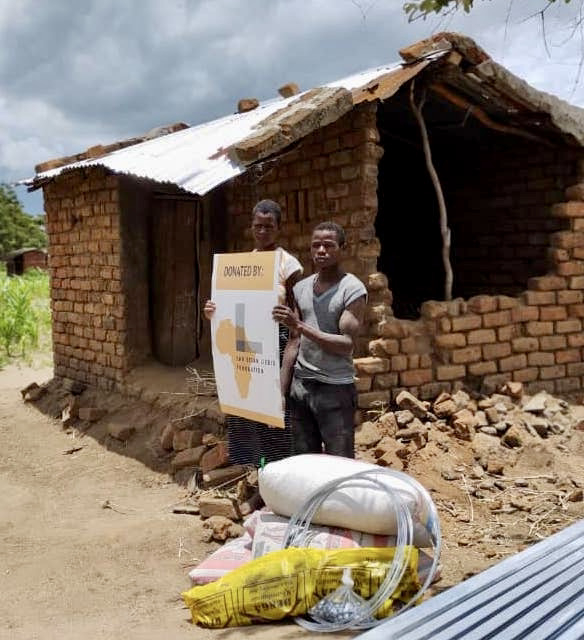 Your donation helps the families to rebuild – every euro counts!

Janet visited about 20 families in our foundation’s communities. They have all been severely affected by the aftermath of storm Ana. We want to help them now, and have already been able to make the first deliveries of building materials and food possible.

About 100 Euros per home can make reconstruction possible. This is money that the families do not have.

Thanks to the generous donations, we were able to help far more than the planned 20 families in the end! Janet Kasambala-Philipps and many helpers provided 44 families with food and necessary building materials. The selection of the affected people was made together with the respective village chiefs.

For about 3.500 EUR cement, plastic tarpaulins, corrugated iron roofs, nails and rice were bought and distributed to the families.

Most of them have not only lost their homes; the continuous rains have also destroyed their crops. But well over 250 people now have a glimmer of hope again. They began rebuilding their homes after the rainy season ended in June.